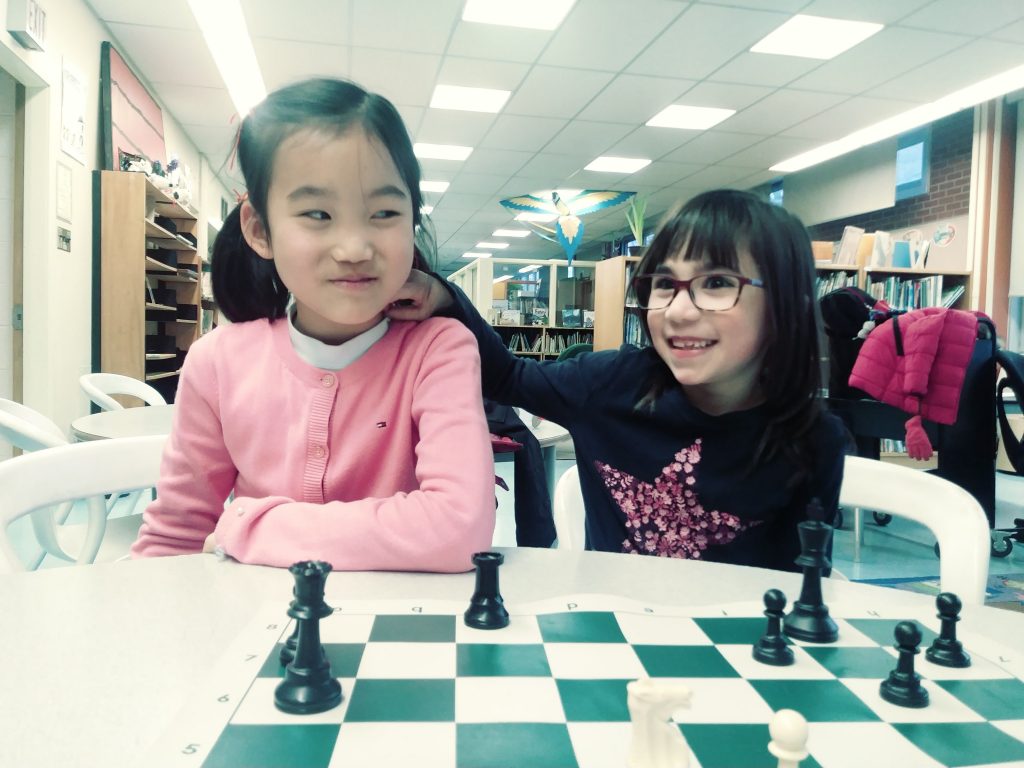 At CIC we’re always happy when girls join our clubs! While the professional chess world is still dominated by men, women have made fantastic strides in the game over the last century. Most notably, Judit Polgár emerged in the 1990s as the strongest female chess player of all time. At the height of her competitive career she ranked #8 in the world, and defeated (at least once) every living world champion, including the likes of Kramnik, Spassky, Kasparov, Anand, and Magnus Carlsen!

Recently, CIC started a Girls’ Chess Club with instruction from WGM Qiyu Zhou. Yohanna and Cindy are having a great time, as you can see!

A new session of Girls’ Chess Club is running on Sundays in Spring 2021, led by CIC’s own Rose Tuong. To register your child for this program, please click here.

After losing to a young Judit Polgár in 2002, Garry Kasparov said: “The Polgárs showed that there are no inherent limitations to their aptitude—an idea that many male players refused to accept until they had unceremoniously been crushed by a twelve-year-old with a ponytail.”

In celebration of International Women’s Day, we’ve chosen to feature Judit Polgár’s stunning victory over Vishwanathan Anand in 1999, which Polgár considers to be one of her best games.