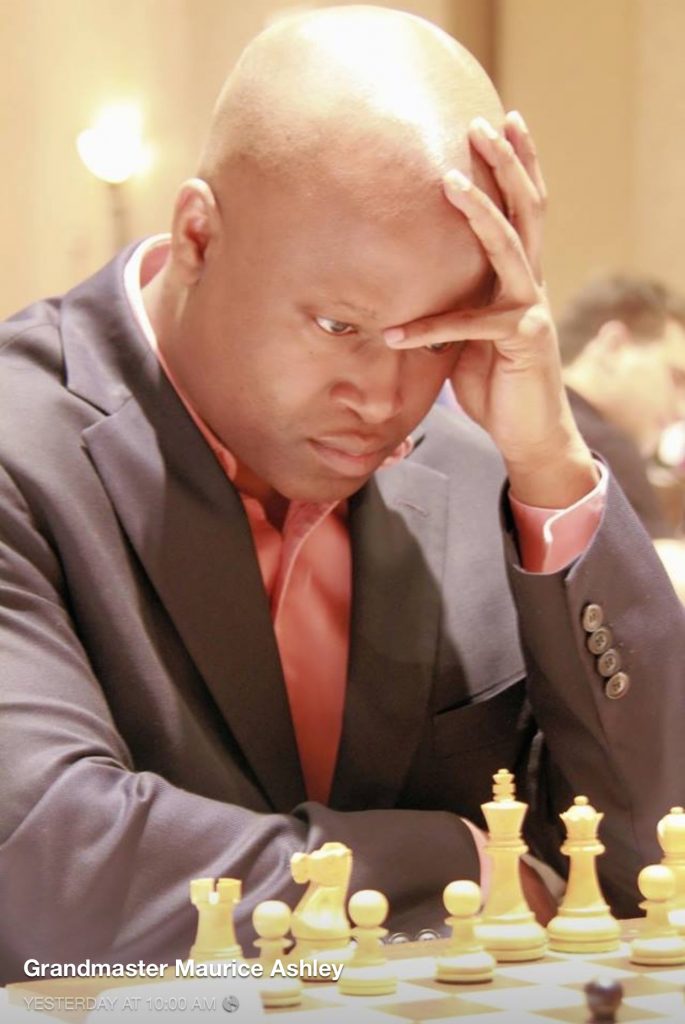 Maurice Ashley was born on March 6, 1966 in St. Andrews, Jamaica. He moved to the United States with his family at the age of 12. They settled in Brooklyn, where Ashley grew up and developed his chess skills, playing in clubs and public parks throughout New York.

Ashley has been a tireless promoter of chess, establishing the Raging Rooks of Harlem and the Dark Knights, both youth chess teams that have won national championships under Ashley’s leadership. In 1999 Ashley founded the Harlem Chess Center, and he continues to promote chess to American youth to this day.

Ashley is a prominent chess commentator and author. Notably, he was one of the commentators of the match between Garry Kasparov and Deep Blue.

In 2011 Ashley started his Caribbean Chess Tour, promoting the game in his native Jamaica and elsewhere.

In 2016, Ashley was deservedly inducted into the US Chess Hall of Fame. At his induction he said the following about his groundbreaking accomplishment: “African continent GMs do exist; but, according to the system of racial classification, I am the first Black GM in history… it matters, and doesn’t matter, all at the same time.”

As mentioned, Ashley grew up playing chess in New York, spending a lot of time in parks like the notorious Washington Square. Here’s a famous video of a now-grown Ashley playing chess against “Willson The Hustler.” (Note to our students: play like Maurice Ashley, NOT like Willson!)

This is the first in an ongoing series of articles about Black chess players.

For Black History Month this year, we had intended to do a series of weekly pieces about prominent Black chess players, and other issues relating to chess and race.

What we found was a subject so rich, so extensive, and so deep that we simply could not do it justice in just one month.