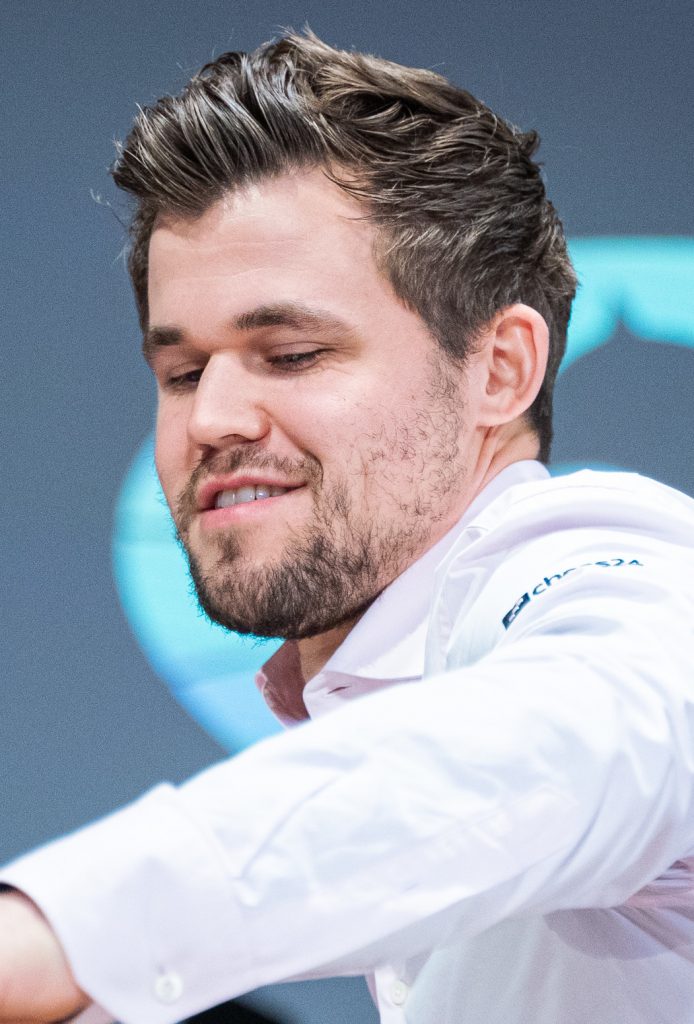 PrevPreviousGive the Gift of Chess!
NextThe Long Road To Victory!Next

A Drawn Out Birthday for Magnus Carlsen

Today Magnus Carlsen turns thirty-one. The Norwegian GM is currently in Dubai battling Russian Ian Nepomniachtchi for the 2021 World Championship title, which Carlsen has held since his first victory in 2013.

The 2021 World Chess Championship started last Friday. The best-of-fourteen match has an interesting time control: each player gets two hours for their first forty moves, with an additional hour added after move forty. There is no increment until after move sixty, where an additional fifteen minutes is awarded along with a thirty-second increment. This has led to games being a little quicker and a bit more intense than in matches with increments from the beginning.

So far four games have been played, with each ending in a draw. In amateur circles this has generated a lot of criticism, but experienced players expect many draws at the top level. After all, with perfect play, chess is a theoretical draw, and we can expect near-perfect play from two of the greatest players of the game.

Even though no game has been decisive, they have all been interesting. Game two, in particular, was a wild and woolly affair with real winning chances for both players. And, speaking of perfect play, game three is regarded as the most accurate game played in the history of the world championship. Engine analysis showed a game with no inaccuracies, mistakes or blunders by either player, and with Nepo having an average centipawn loss of three, and Carlsen having an ACL of only two!

(Average centipawn loss is a way to measure advantage or disadvantage in a game. An ACL of 100 would be equivalent to being down a pawn. An ACL of just two or three suggests almost inhumanly accurate play.)

If every game is drawn in the classical phase of the match (which is a distinct possibility), the championship will be decided by a series of games with faster time controls: first, a best-of-four rapid playoff (time control 25 minutes + 10 seconds a move). If that is tied, then a series of blitz (5+3) games will follow. And if there is still not a decisive result, then finally the whole championship will come down to a single armageddon game, in which White will have five minutes, Black will have four minutes but draw odds (meaning that if the game is drawn, Black wins.)

All of which means that it would be possible (though extremely unlikely) for this world championship to be decided even if every game in the entire match is drawn!

In any event, happy birthday Magnus! I’m sure we all know what you’re wishing for!

Here is the game Magnus played on his birthday, game four of the World Championship. Nepo played the Petrov Defence and the game ended in a draw by repetition, but still an amazing game. Enjoy!